This report presents estimates of the percentages of adults aged 20 and over with high total cholesterol, low HDL cholesterol, and screened for cholesterol, based on data from 2011–2012, and compares them with corresponding estimates from 2009–2010. Analysis is based on measured cholesterol only and does not take into account whether lipid-lowering medications were taken.

NCHS has put out a report that presents national estimates of obesity among adults in the United States in 2011–2012, based on measured weight and height. 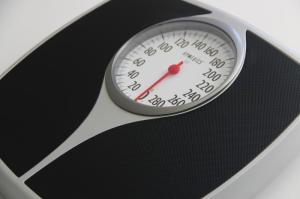 Emergency Department Visits by Persons Aged 65 and Over

From 2000–2010, the number of persons in the United States aged 65 and over rose 15%, from 35.0 million to 40.3 million, and in 2010 this age group represented 13% of the population. It is estimated that by 2030, nearly one in five persons will be aged 65 and over. Given their growing proportion of the population, older individuals will comprise an increasing share of emergency department (ED) patients in the coming years. This is important because of the ED’s role in treating acute illness and injury in older adults and providing a pathway to these patients for hospital admission.

A new report from NCHS describes emergency department visits made by individuals aged 65 and over and compares age groups 65–74, 75–84, and 85 and over.