A Whole Lot of Coughing Going On

The old euphemism, “It’s not the cough that will carry you off,” mostly rings true, but the cough is still one of the leading reasons to head to a doctor, according to the 2010 National Ambulatory Medical Care Survey (NAMCS) conducted by NCHS. A cough is also one of the top reasons why people visit hospital outpatient departments, according to another NCHS health care survey, the National Hospital Ambulatory Medical Care Survey (see Table 7 here).

NCHS data show that the cough is the most common symptom that makes Americans visit the doctor’s office (only “progress visits” and “general medical examinations” rank higher on the list of 20 principal reasons for visiting a physician’s office, according to Table 9 of the 2010 NAMCS Summary Tables).

NCHS’s parent agency, the Centers for Disease Control and Prevention, advises that covering your cough can make a huge difference in stopping the spread of germs this — or any — flu season. Not to mention – it’s the polite thing to do!

Comments Off on A Whole Lot of Coughing Going On |

However, among the ten leading causes of death in the U.S., Wyoming mortality rates are higher than the U.S. for the following causes: chronic lower respiratory diseases, accidents, Alzheimer’s disease, influenza/pneumonia and suicides. The state also has higher rates of mortality from drug poisoning than the overall U.S. rate.

Fact or Fiction: Is Nevada the Marriage Capital of the U.S.?

Las Vegas has earned – for better or worse – a reputation for quick weddings. The city came to be known as the Marriage Capital of the World as a result of the ease of acquiring a marriage license and the minimal costs involved. Las Vegas comprises a large part of Clark County, where the County’s website features a prominent page for marriage licenses.

So, has “the Vegas factor” been enough to position – and keep — Nevada in the U.S. lead for marriage?

According to NCHS data from the National Vital Statistics System, the Vegas factor certainly looks like it’s had major influence on the overall marriage rate in Nevada. While the state’s marriage rate has declined significantly since 1990, Nevada is still number one! The most recent marriage rate of 36.9 (provisional rate of marriages per 1,000 people performed in Nevada during 2011) shows that so many couples tie the knot in the Silver State that it ranked number one nationally in marriage rates – by a long shot. Hawaii ranked second with a marriage rate of 17.6 (due, presumably, to “the weather factor”).

A new report presents 2010 period infant mortality statistics from the linked birth/infant death data set (linked file) by maternal and infant characteristics. The linked file differs from the mortality file that is based entirely on death certificate data.

Fathers’ Involvement With Their Children 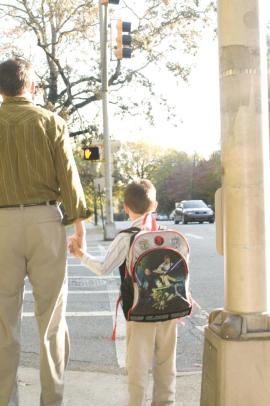 However, among the ten leading causes of death in the U.S., Vermont has mortality rates that are higher than the U.S. rate for the following causes: cancer, chronic lower respiratory disease, Alzheimer’s disease, accidents and suicide. The state also has higher rates of firearm deaths than the overall U.S. rate.

Homes with only Wireless Telephones Continues to Grow

Rates of private insurance and public coverage have been increasing. As coverage and utilization increase, a growing concern is the availability of health care providers to meet patient needs. Almost 90% of general physicians accept new patients with private insurance, but less than 75% accept new patients with public coverage (e.g., Medicare, Medicaid), and the proportion of specialists accepting new patients with Medicare or Medicaid is declining. While most studies approach access from a provider perspective, a new report examines the percentage of people who had each of three adverse experiences with physician availability in the past 12 months. Estimates were produced by age group and health insurance status using data from the 2012 National Health Interview Survey.

Key Findings From the Report:

NCHS has released the first in a series of NSLTCP reports today. Long-Term Care Services in the United States: 2013 Overview includes general, descriptive information on the supply, organizational characteristics, staffing, and services offered by providers of long-term care services; and the demographic, health, and functional characteristics of users of these services. 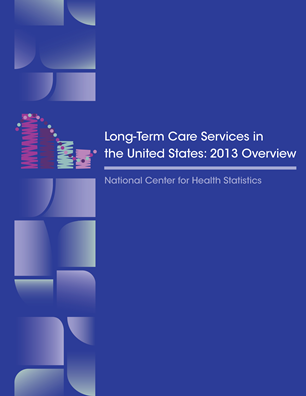 The report shows that in 2012, about 58,000 paid, regulated long-term care services providers served about 8 million people in the U.S.

Selected summary highlights from the report include:

Measures of Muscular Strength in U.S. Children and Adolescents

In 2008, the federal government released the Physical Activity Guidelines for Americans, which provide guidance on the types and amounts of physical activities that provide substantial health benefits for Americans of all ages. Regular physical activity reduces the risk of many adverse health outcomes and helps control the percentage of body fat in children and adolescents. This report provides the first nationally representative data on core, upper body, and lower body measures of muscle strength among U.S. children and adolescents aged 6–15 years by sex and age group.