NCHS has released provisional estimates of selected reproductive indicators from birth data for 2014 through the second quarter of 2016. Estimates for 2014 and 2015 are based on final data.

The estimates for the first and second quarter of 2016 are based on all birth records received and processed by NCHS as of August 28, 2016. 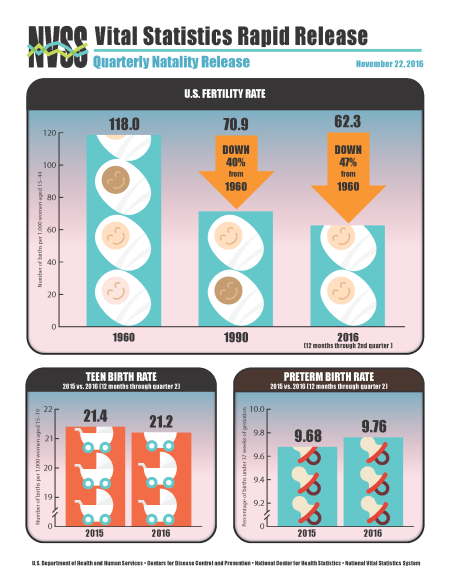 This entry was posted on Tuesday, November 22nd, 2016 at 4:11 pm and is filed under Births, Reproductive Health, Vital Statistics System. You can follow any responses to this entry through the RSS 2.0 feed. You can leave a response, or trackback from your own site.