Preliminary results from the July–December 2018 National Health Interview Survey indicate that the number of American homes with only wireless telephones continues to grow.

More than three in four adults aged 25-34 (76.5%), and a similar percentage of adults renting their homes (75.5%), were living in wireless-only households. 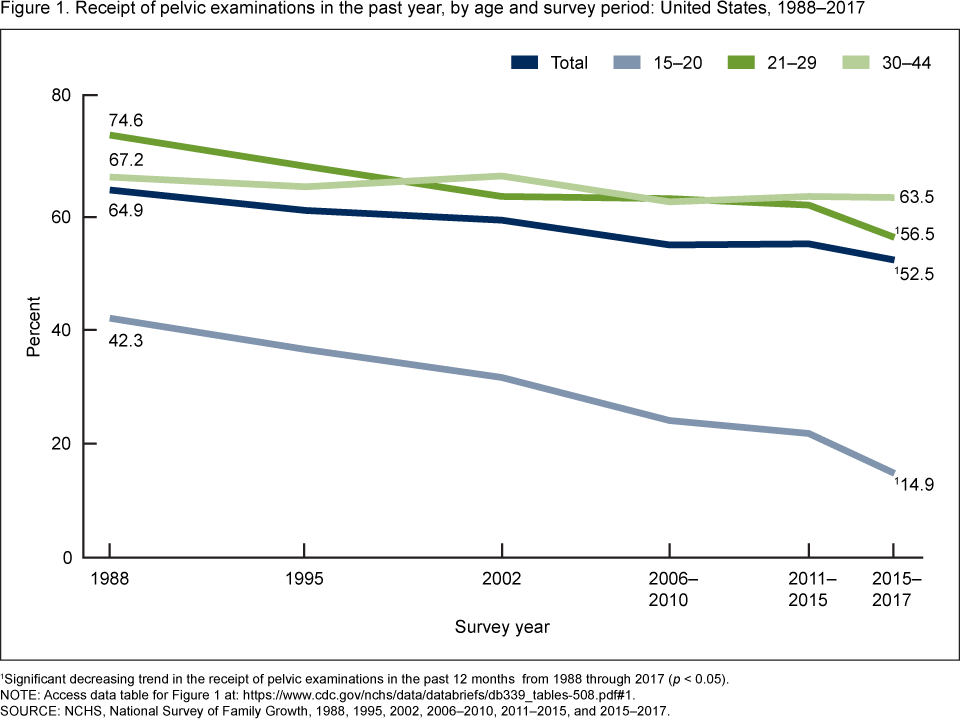 Using National Survey of Family Growth (NSFG) data through 2017 for women aged 15–44, a new NCHS report describes trends overall and by age since 1988 in the receipt of pelvic examinations in the past year, and differences by Hispanic origin and race, education, poverty status, and health insurance status for 2015–2017.

Fact or Fiction: Did life Expectancy in America decline in 2017 for the third consecutive year?

Approximately 57% of all lightning-related deaths in the U.S. since 1999 have occurred in the South. Source: National Vital Statistics System

QuickStats: Death Rates from Diabetes Mellitus as Underlying or Contributing Cause Among Adults Aged 65 Years or Older, by Race/Ethnicity

Also, this quarterly release of data features only death rates (the number of deaths per 100,000 population) and not whole numbers of deaths.

This data is available on an interactive online dashboard at the following address:  https://www.cdc.gov/nchs/nvss/vsrr/mortality-dashboard.htm.

QuickStats: Percentage of Adults Aged 18 Years or Older Who Have Lost All of Their Natural Teeth, by Age Group — National Health Interview Survey, 2000 and 2017

The percentage of adults aged 18 years or older who had lost all of their upper and lower natural teeth decreased from 9.3% in 2000 to 7.0% in 2017, and this pattern was consistent in each age group shown.