Fact or Fiction – Are Flu and pneumonia are responsible for 57,000 deaths in the United States each year?

QuickStats: Percentage of Adults Aged 18–64 Years Who Had an Influenza Vaccination† in the Past 12 Months, by Sex and Current Asthma Status

Regardless of asthma status, women were more likely than men to have had an influenza vaccination in the past 12 months.

The Health, United States Spotlight is released throughout the year and features indicators available in Health, United States—an annual report on the nation’s health submitted by the Secretary of the Department of Health and Human Services to the President and Congress. Each infographic provides up-to-date estimates, technical notes, description of trends, and data highlights in a visual format. 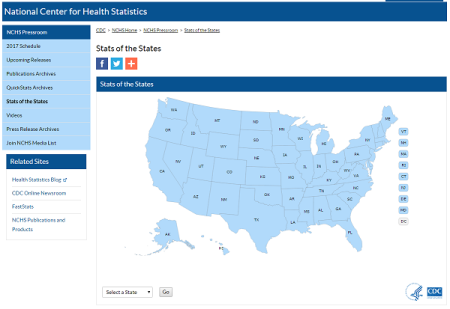 How does your state fare when it comes to death rates from flu and pneumonia?